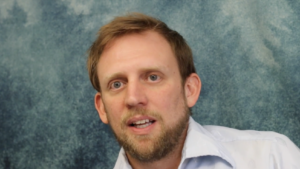 A lot of people look at directing and are like, I can do that. And that’s good cause that’s the first step. Right. That’s what happened to me. I saw it all and I said, I would be very interested in trying to figure out if I can do that.

And when I made my first film, I wasn’t sitting there going, I know I can do that. I was like, I think I can do this, but we’ll see. This will show me if I can do this or not. But again, there is this whole universe of directing. You can not learn everything in your lifetime.

When you first start off you don’t realize there is so much nuance and so many ins and outs of directing. Even after ten years, after twenty years, after thirty year your still not going to have a full grasp of it. You don’t see that. You just think, can I do it or can’t I.

I think there is definitely a sensibility that people need to have to do directing. I don’t want to call it talent because I’m kind of in the camp of there really isn’t anything really called talent. Just hard work. But I think if your a nervous wreck then don’t direct. You don’t have the sensibility for that. Or if you don’t care about minutiae. I think there is definitely a certain personality type that should go into directing.

You also need to be open to understanding that you don’t know…everything. And you might never know like after a life time. You can learn this stuff for the rest of your life. As long as you keep learning. I feel like I’ve, like I honestly had probably two weeks ago had the thought that maybe now I understand directing. I’m barely being able to see the corner of it. Of what it can really be and I’ve been doing it for ten years.